In this special edition of The Business Corner, we are going to discuss a significant moment in American history.

Last week, President Joe Biden gave a speech in Tulsa, Oklahoma, acknowledging that 100 years ago there was a massacre that destroyed a prominent African American business community and killed hundreds of Black people.

This took place between May 31 and June 1, 1921. The community was in an area in Tulsa’s Greenwood district, which was known as Black Wall Street.

According to the Associated Press, more than 300 black residents of Tulsa were killed and thousands of survivors were forced into internment camps for a period of time overseen by the National Guard.

President Biden said during his speech in Tulsa, “[s]ome injustices are so heinous, so horrific, so grievous, they cannot be buried, no matter how hard people try. Only with truth can come healing.”

In addition to President Biden’s speech, the White House announced that the administration will increase the percentage of federal contracts awarded to small, disadvantaged businesses by 50% by 2026, which is estimated to be an additional $100 billion to those business during the five-year timeframe.

While the White House initiative is an important step, more needs to be done to help bring true economic opportunity to individuals who were left behind by the government.

The Tulsa massacre resulted in the destruction of 35 square blocks of black owned businesses. The descendants of the business owners in Tulsa lost the economic value that had been created and the income which would have derived from operating the businesses.

The Brooking Institution, a public policy nonprofit, estimates the total wealth lost in the Tulsa massacre at $200 million.

If the City of Tulsa and the State of Oklahoma will not do the right thing and provide a full and fair repayment to these families, then the federal government should step up and correct this massive injustice.

This isn’t an article about reparations. Rather, this is about restitution. Restoring these families to where they would have been absent a massacre.

The federal and state governments stepped up when Americans were victims of Hurricane Sandy. They should do the same now.

Finally, it is important to note that insurance companies also skirted their responsibility to pay claims after the Tulsa massacre. According to the Brookings Institution, only one claim was paid out of over $1.8 million in damage claims. In today’s dollars, that represents at least $27 million. It is important to remember this is the destruction of over 1,200 homes, businesses, hospitals, schools and churches.

Insurance companies have failed to right this wrong, as has the local and state government.

As former President Barack Obama has said, “History doesn’t always move in a straight line. Without vigilance, we can go backwards as well as forwards.”

We need real change in this country to continue moving forward for the Black community, as well as our broader society.

Need a communications firm for an upcoming project?

TML Communications has emerged as an elite crisis communication and public relations firm in the city of Philadelphia; uniquely invested in enhancing and uplifting our communities. 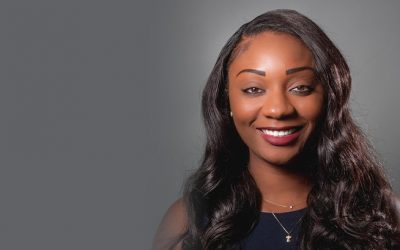 What steps can organizations take to develop messaging strategies that emphasize diversity, equity, and inclusion in their external communications? Corporations must consider various factors when communicating with their key stakeholders, including customer base,... 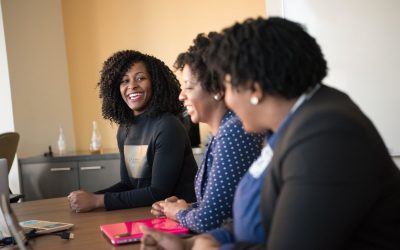 The Business Corner: Juneteenth is an economic opportunity for small businesses

In this special edition of The Business Corner, we are going to discuss Juneteenth National Independence Day (June 19), the federal holiday celebrating the emancipation of enslaved Black Americans. I think about the topic of economic justice a lot. As Dr. Martin... 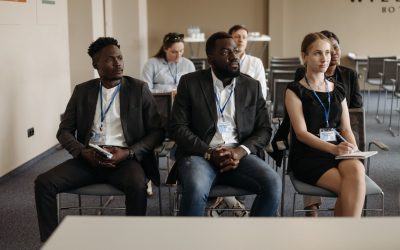 In this special edition of The Business Corner, we are going to discuss specific options to continue your education as an entrepreneur. As business owners, it is critical to take advantage of opportunities to further develop your skills as you build your business....

We use cookies on our website to give you the most relevant experience by remembering your preferences and repeat visits. By clicking “Accept All”, you consent to the use of ALL the cookies. However, you may visit "Cookie Settings" to provide a controlled consent.
Cookie SettingsAccept All
Manage consent

This website uses cookies to improve your experience while you navigate through the website. Out of these, the cookies that are categorized as necessary are stored on your browser as they are essential for the working of basic functionalities of the website. We also use third-party cookies that help us analyze and understand how you use this website. These cookies will be stored in your browser only with your consent. You also have the option to opt-out of these cookies. But opting out of some of these cookies may affect your browsing experience.
Necessary Always Enabled
Necessary cookies are absolutely essential for the website to function properly. These cookies ensure basic functionalities and security features of the website, anonymously.
Functional
Functional cookies help to perform certain functionalities like sharing the content of the website on social media platforms, collect feedbacks, and other third-party features.
Performance
Performance cookies are used to understand and analyze the key performance indexes of the website which helps in delivering a better user experience for the visitors.
Analytics
Analytical cookies are used to understand how visitors interact with the website. These cookies help provide information on metrics the number of visitors, bounce rate, traffic source, etc.
Advertisement
Advertisement cookies are used to provide visitors with relevant ads and marketing campaigns. These cookies track visitors across websites and collect information to provide customized ads.
Others
Other uncategorized cookies are those that are being analyzed and have not been classified into a category as yet.
SAVE & ACCEPT